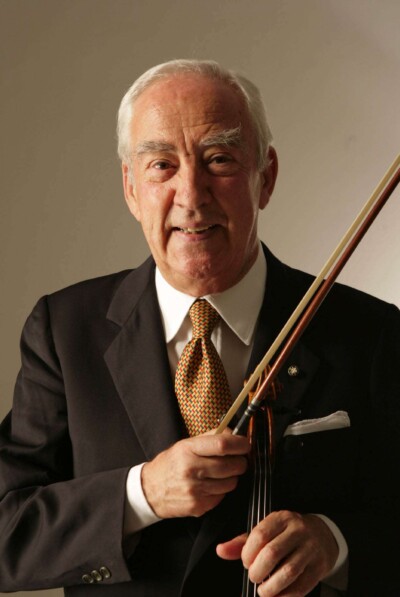 Born into a family of musicians, Bruno Giuranna was one of the founders of I Musici, of the Quartetto di Roma and of the Italian String Trio.

He began his solo career by presenting, under the direction of Herbert von Karajan, the world premiere Musica da Concerto for viola and string orchestra written for him by Giorgio Federico Ghedini.

He has played with orchestras such as Berliner Philharmoniker, Concertgebouw in Amsterdam, Teatro alla Scala in Milan, and conductors such as Claudio Abbado, Sir John Barbirolli, Sergiu Celibidache, Carlo Maria Giulini and Riccardo Muti.

Holder until 1998 of the chair of viola at the Hochschule der Künste (today Universität der Künste) in Berlin, he taught in Musik-Akademie by Detmold, in S. Cecilia Conservatory of Rome, in Royal College and in Royal Academy in London and in master classes around the world.

From 1983 to 1992 he was artistic director of the Chamber Orchestra of Padua and Veneto and in 1988 he chaired the jury of the First International Bruno Giuranna Viola Competition in Brazil.

In 1986 created an Academy of the Fondazione Walter Stauffer in Cremona, where young talented strings students could improve for free after graduating. The Academy has been founded together with the violinist Salvatore Accardo, the cellist Rocco Filippini and the double bass Franco Petracchi.

His extensive discography includes recordings for Philips, Deutsche Grammophon, EMI. As a violist he got one Grammy Award Nomination and as director he won a Grand Prix du Disque ofAcadémie Charles Cros of Paris.

Deeply convinced of the importance of “playing together” as an irreplaceable tool in the development of the musical personality, he has been dedicating himself for years to the realization of chamber music projects that see him engaged alongside young musicians in Europe and the United States.

Knight of the Grand Cross of Merit of the Italian Republic, in 2003 he received an honorary degree in letters from the University of Limerick.

After presiding over the Italian section, in 2011 he was elected European president of ESTA, an association that brings together teachers of string instruments in Europe.

Frequently invited to the Marlboro Festival in the United States, he currently teaches in the courses of W. Stauffer Foundation of Cremona, and of Chigiana Academy of Siena. 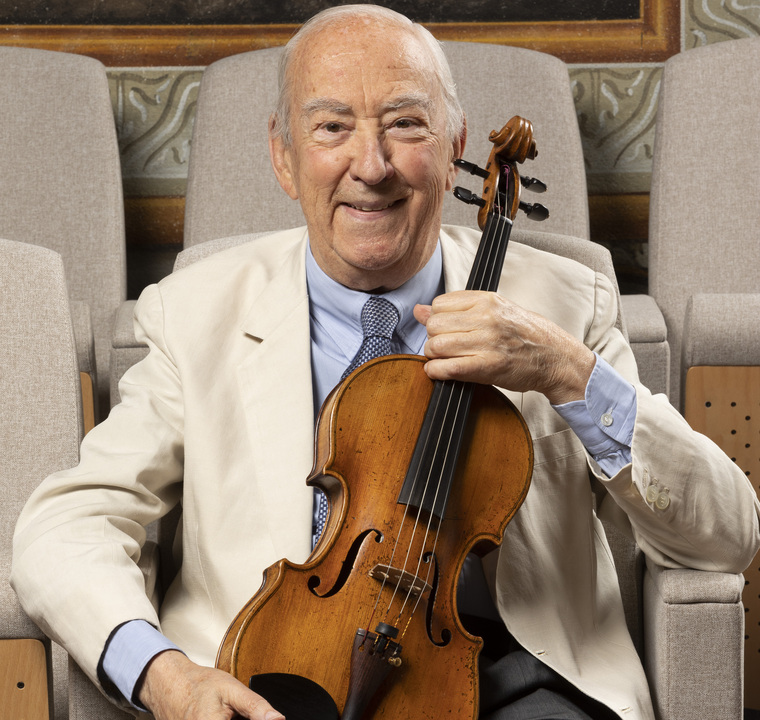 The high specialization course – Stauffer Artist Diploma in Viola and chamber music of the Accademia Stauffer is an annual program for gifted and talented young musicians.

Our gratitude to the Stauffer Academy for allowing us to teach in what for each of us was the ideal mode. But there is no ideal mode: there is an ideal style for each of our students.... Each of them needs a particular approach.

Bruno GiurannaStauffer Professor
We use cookies on our website to give you the most relevant experience by remembering your preferences and repeat visits. By clicking “Accept All”, you consent to the use of ALL the cookies. However, you may visit "Cookie Settings" to provide a controlled consent.
Cookie SettingsAccept All
Manage consent