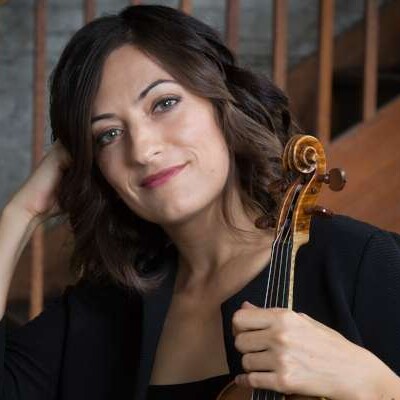 The brilliant violinist Elisa Citterio was Tafelmusik Music Director from 2017 to 2022. She moved to Toronto from her native Italy, where she divided her artistic life between orchestral work and an intense schedule as a chamber musician. She has recorded and toured, often as leader or concertmaster, with such ensembles as Dolce & Tempesta, Europa Galante, Accademia Bizantina, Accordone, Zefiro, la Venexiana, La Risonanza, Ensemble 415, Concerto Italiano, Orquestra del Monsalvat, Il Giardino Armonico, Orchestra Academia 1750, and Balthasar-Neumann Choir & Ensemble (Thomas Hengelbrock). From 2004 to 2017 she was a member of the Orchestra del Teatro della Scala di Milano.

Elisa’s arrival in Toronto has created much excitement. Just 18 months into her new position at Tafelmusik, she was awarded 2019 Leonardo Award for Arts, Science & Culture by the Italian Chamber of Commerce for her contribution to the cultural and intellectual life of Canada. North American orchestras have taken note, and upcoming appearances as guest director include Seattle Symphony, and Québec’s Les Violons du Roy.

In 2000, Elisa was selected as concertmaster and soloist with the orchestra of the Accademia del Teatro alla Scala di Milano, where she received intensive professional training in orchestral and chamber music repertoire, as well as violin technique. Soon after graduating, she began studying baroque violin, taking part in masterclasses with Enrico Onofri, and studying with Chiara Banchini at the Schola Cantorum Basiliensis, and with Luigi Mangiocavallo in Rome.

Elisa played with Stefano Montanari in Estravagante Ensemble, and from 2014–2016 worked alongside Stefano as co-chair of the baroque violin studies program at the Civica Scuola di Musica Claudio Abbado in Milan. 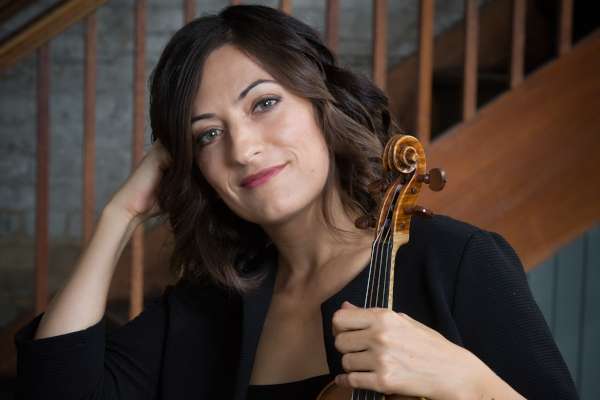