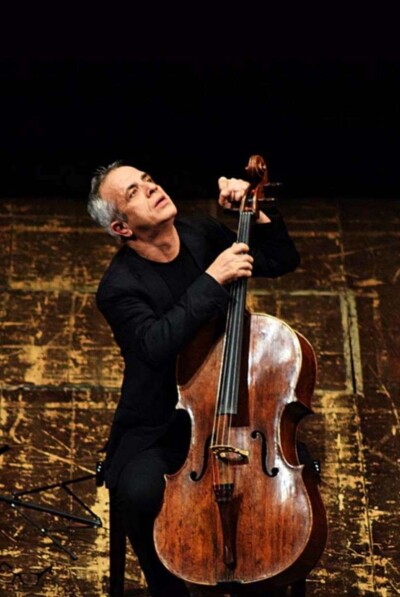 The cellist and composer GIOVANNI SOLLIMA was born in Palermo in 1962. He studied cello with Giovanni Perreira e Antonio Janigro ancd composition with his father Eliodoro Sollima and Milko Keleman.
He began an international career as cellist, collaborating with Abbado, Sinopoli, Demus, Argerich. As composer, Sollima has been captivated by every kind of languages and has sought to create new blends among the most diverse genres by combining elements of classical and rock music, as well as of ethnic music characteristic of all the Mediterranean area. He composes for acoustic and electric instruments, and others invented by himself or created for him, as the tenor violin represented in the Caravaggio’s paintings, or an ice-cello that he played at 3,500 m altitude, in an igloo-theatre.
His works have been performed by interpreters such as Bashmet, Berliner Philharmoniker, Canino, Capossela, Coryell, DJ Scanner, Fischer, Gatti, Kremer, Labeque, La Scala Philarmonic Orchestra, Lucerne Festival Orchestra, Maisky, Mullova, Muti, Raimondi, Patti Smith and Yo-Yo Ma.
Besides he composed music for directors and choreographers, such as Wenders, Greenaway, Wilson, Stein, Carlson, Armitage. With the videographer Lasse Gjertsen he realized Daydream. Sollima performed his music in prestigious places, but also in alternative venues: Carnegie Hall, BAM, Knitting Factory in New York, Wigmore and Queen Elizabeth Halls in London, Salle Gaveau in Paris, Passionskirche in Berlin, Musicgebouw in Amsterdam, Tchaikovsky Hall in Moscow, La Scala in Milan, Santa Cecilia in Rome, the Festivals of Kronberg, Kuopio, Istanbul, Tunis (in the Sahara), Tokyo, Venice, Ravenna, Spoleto.
Among the CDs worth mentioning is Aquilarco in 1998, Works in 2005 and in 2008 together with his partner, croatian cellist Monika Leskovar principal cello of the Munchner Philharmoniker he recorded We Were Trees with Patti Smith as vocal guest and the Solistenensemble Kaleidoscop from Berlin
In September 2009 he performed in Budapest, Linz and Koln, his new cello concerto “Folktales” commissioned by the Budapest Festival Orchestra conducted by Ivan Fisher
He teaches at the Romanini Foundation in Brescia and starting 2010 he will be teaching at the prestigious Accademia of Santa Cecilia in Rome and hold masterclasses at the Kronberg Cello Academy.
Among the projects he is working on, the solo cello recital “Ba-Rock Cello”, the duo with Monika Leskovar “The Interpretation of dreams” and a new duo project with pianist Giuseppe Andaloro (first prize Busoni 2005).
He plays a cello by Francesco Ruggeri dated 1679. 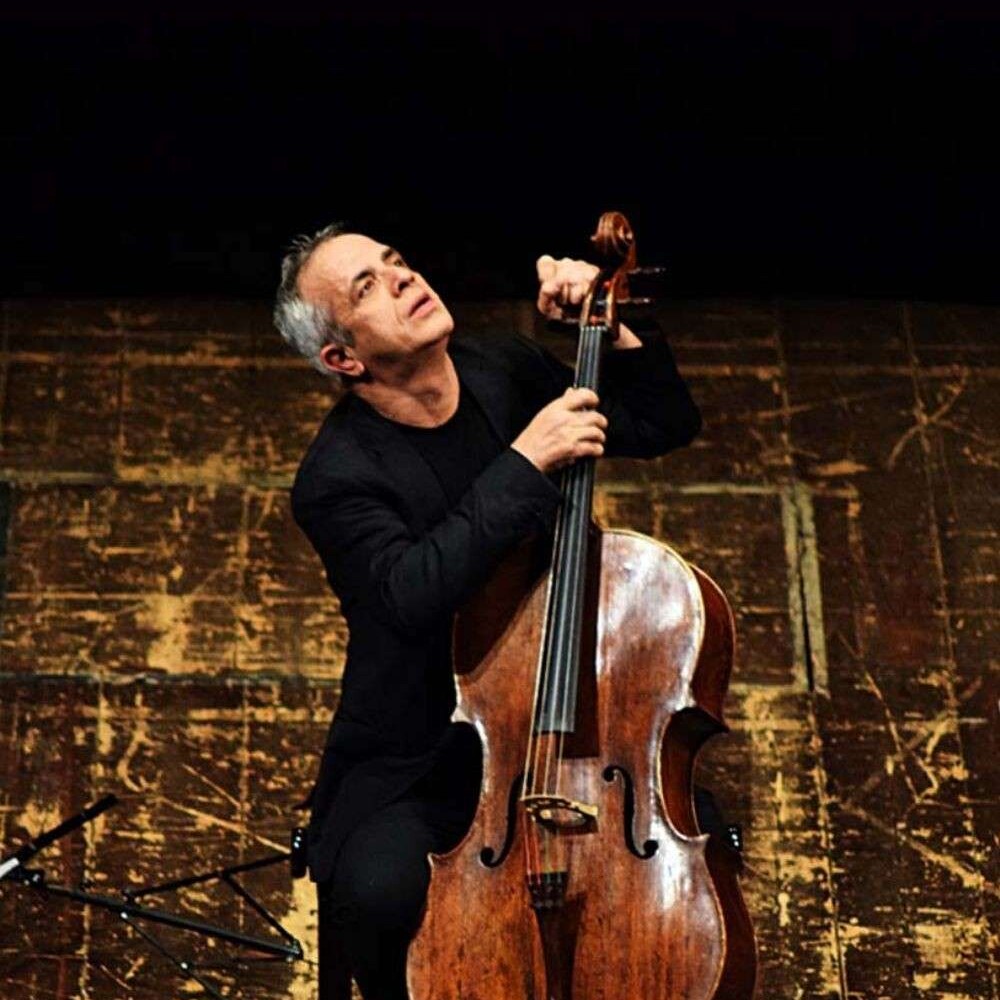 Giovanni Sollima, a unique cellist and composer, is the protagonist of this course open to string musicians and composers. Participants will be able to measure themselves with Sollima’s extraordinary approach to breaking down all kinds of barriers between written and improvised music, transcending all genre and stylistic distinctions.