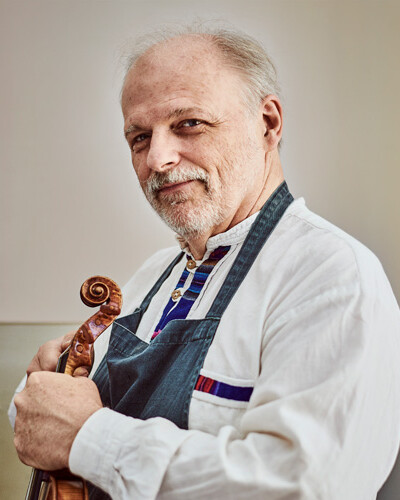 Born to an artistic family in Los Angeles on January 30th, 1957, Gregg Alf is widely regarded as one of today’s leading violin makers. Musically inclined, he studied the violin as a child and made his first violin in 1975.

At age 19, he moved to Cremona, Italy where over eight years he graduated from the International Violinmaking School in Cremona and earned a growing reputation for his work. He returned to the USA in 1984 and with his friend, Joseph Curtin, founded the violinmaking studios of Curtin & Alf. From that collaboration grew ALF STUDIOS which continues to this day in Ann Arbor, Michigan.

Gregg’s work has won highest honors in international competitions and exhibitions including a full range of awards and Gold Medals and, in 1982, the Violin Society of America’s top honorary designation ‘Hors Concours.’ His unique style has evolved through an in depth study of the rare instruments that pass through his shop combined with a careful and ongoing dialog with the concert artists that own them. While honoring the Italian traditions represented in his replicas, Gregg also looks to science and innovation to better understand the acoustical foundations of his craft and to help him make even better instruments the future. His advocacy of new instruments has helped draw a new generation of string players to the viability of modern instruments in meeting their concert needs.

Gregg Alf with completed violinAlf violins appear regularly on-stage with many of today’s leading symphony orchestras, in new recordings such as Ricci’s November 2001 release “The Legacy of Cremona,”and in concert with some of the most respected performers of our time. Gregg’s list of clients has included Ruggiero Ricci, Elmar Oliveira and members of the Berlin, London, Los Angeles and Netherlands Philharmonic Orchestras, the Symphony Orchestras of Baltimore, Chicago, Cleveland, Detroit, Orlando, Phoenix, Puerto Rico, Salt Lake City, San Francisco, Seattle, Spokane, Toledo, and Toronto, as well as the Academy of St. Martin-in-the-Fields, the Berlin Staatskapelle, the Camerata Musica, the Deutsch-Kammer-Orchestra, the National Symphony Orchestra, and the New York Met.

As a violin maker, Gregg is exceptionally open about sharing his craft. In years past he has been presented as guest lecturer by educational institutions across the United States from the Juilliard School to USC, and worldwide in summer workshops presented by the American String Teachers Association. He has served on the Oberlin College summer violin making workshop faculty since 1996 and was violin making editor for the Journal of the Catgut Acoustical Society. He contributes regularly to the professional organizations of his trade and holds membership in the Violin Society of America, the American Federation of Violin and Bow Makers, and the Entente Internationale des Luthiers et Archetiers d’Art.

Gregg is also respected as a teacher of violin making and many of his students have gone on to distinguished careers of their own. Gregg has served as a workmanship judge at the VSA’s Violin Making Competition in 2002 and 2006 and appears regularly in diverse venues, from the classrooms of many of today’s violin making schools to Cunard’s luxury-liner, the “Q.E.II”.

Gregg Alf violin buildingFounder and Artistic Director of the Amiata Summit, Gregg believes that promoting a new climate of openness between his violin making colleagues and encouraging original new models that look to the future while honoring the past are keys to real progress in the art of violin making. Gregg hosted the 2004 Amiata Summit in Tuscany, Italy where a group of leading violin makers and string players met to discuss innovation and evolution in the future of violin making. 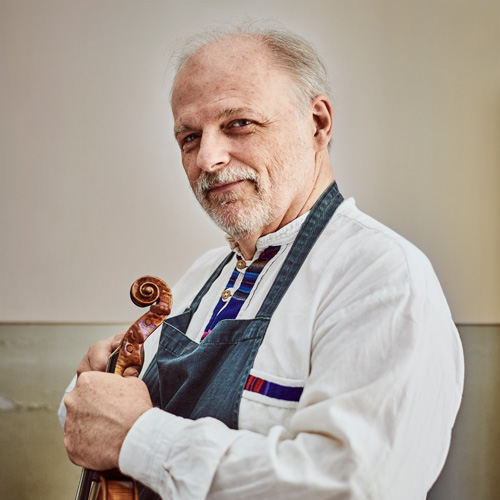 An exclusive series of meetings curated by Gregg Alf, aimed at training young musicians on the care of their instruments and providing all the useful information about the world of violin making with a specific focus on performers.