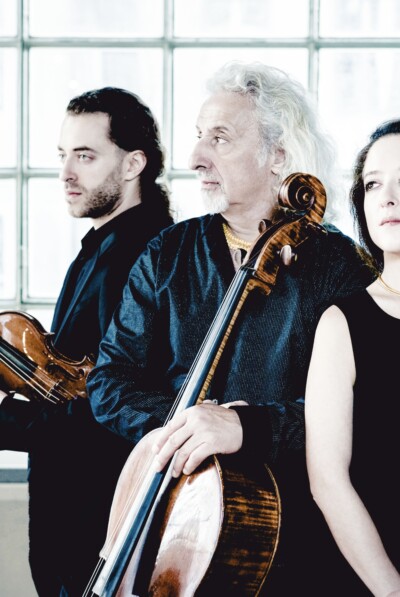 Lily Maisky was born in Paris in 1987 and started playing the piano at the age of four with Lyl Tiempo. She studied with Hagit Kerbel, Olga Mogilevsky, Ilana Davids, Alan Weiss. From 2001 to 2004 she was a student of the “Purcell School of Music”, she attended masterclasses by Martha Argerich, Dmitri Bashkirov, Joseph Kalichstein, Evgeny Mogilevsky, Pavel Gililov, Vitali Margulis, Oleg Maisenberg and Marielle Labeque. Lily attended Verbier Academy and Oxford Philomusica piano courses. Her first public appearance took place in 1997 at Carnegie Hall. She has performed in Europe and in the Far East, she has been invited to numerous festivals. Lily Maisky regularly performs in duo with Mischa Maisky and with violinists Alissa Margulis, Hrachya Avanesyan and Geza Hosszu-Legocky. In the chamber music field you collaborate with musicians of the caliber of Julian Rachlin, Janine Jansen, Renaud Capuçon, Sergey Krylov, Nicholas Angelich, Frank Braley, Gérard Caussé, Chantal Juillet and Dora Schwarzberg. She has also participated in Mischa Maisky recordings for Deutsche Grammophon and on the EMI Music album based on the Martha Argerich project.

Sascha Maisky was born in Brussels on 11 May 1989 and began his violin studies at the age of three. His first professors were Leonid Kerbel, Leon Souroujon and Igor Oistrakh. At the age of twelve he entered the Purcell School in London, studying with Macej Rakowski and Evgueny Grach. He has performed in prestigious venues such as the Berlin Philharmonie, the Köln Philharmonie, the Queen Elizabeth Hall and Wigmore Hall, he is present at the Verbier and Lugano Festivals alongside artists such as Martha Argerich, Janine Jansen and Yuri Bashmet. He had the privilege of studying with Julian Rachlin, Maxim Vengerov, Felix Andrievsky, Itzhak Rashkovsky, Vadim Gluzman, Edvard Grach, Nam-Yun Kim and Dmitri Sitkovetsky. After completing his studies in England with honors, he is now in Vienna with Boris Kuschnir. He also played Beethoven’s Triple Concerto on several occasions in trio with his father Mischa and sister Lily. 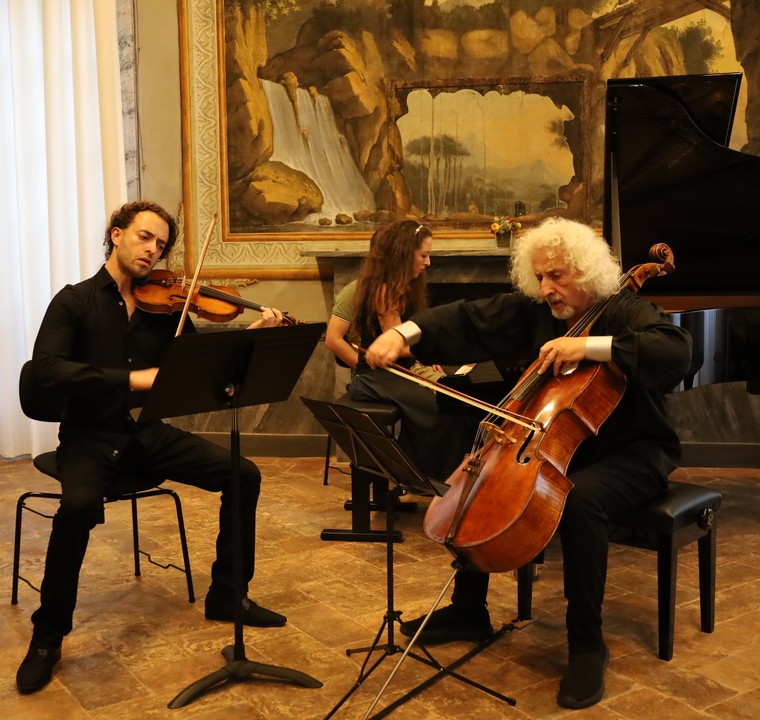 For a new year, the Accademia Stauffer proudly hosts the Maisky Trio, formed by legendary cellist Mischa Maisky along with his children, pianist Lily and violinist Sascha. A unique opportunity for young piano trio ensembles to delve into the chamber music repertoire for this formation.