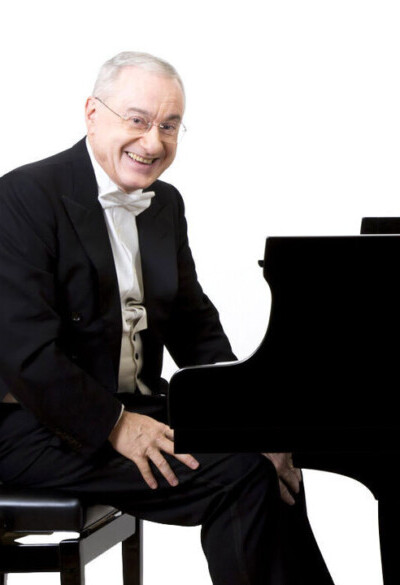 Internationally considered one of Liszt’s greatest virtuos i and interpreters, Michele Campanella has tackled many of the major pages of piano literature in more than 50 years.

The Budapest “Franz Liszt” Society awarded him the Grand Prix du Disque in 1976, 1977 and 1998, the latter for the recording “Franz Liszt – The Great Transcriptions I-II” published by Philips. In 1986 the Hungarian Ministry of Culture awarded him the “Liszt merits” medal, as did the American Liszt Society in 2002.

Trained in the Neapolitan piano school of Vincenzo Vitale, Michele Campanella is an artist of a very versatile temperament. This characteristic has led him to approach such composers as Clementi, Weber, Poulenc, Busoni (Italian Record Critics’ Award in 1980 for recordings with Fonit Cetra), Rossini, Brahms, Ravel and Liszt, whose Paraphrases he recently recorded an anthology of, the 12 Etudes of Transcendental Performance and a selection of late-period br ani played on the Bechstein that belonged to Liszt, the first major chapter in an important series devoted to Liszt’s work that will include as many as 12 CDs, forthcoming on the Brilliant Classics label. His discography includes recordings for labels such as Emi (Ravel), Philips (Liszt, Saint-Saëns), Foné (Chopin), PYE (Liszt, Tchaikovsky), Fonit Cetra (Busoni), Nuova Era (Tchaikovsky, Liszt, Musorgsky, Balakirev), Musikstrasse (Rossini), P&P (Brahms, Liszt, Scarlatti). In the summer of 2005, a recording of Rossini’s Petite Messe Solennelle conducted by Campanella in Pesaro was released by the Rossini Opera Festival. He has played with major European and st atual orchestras, collaborating c onductors such as Claudio Abbado, Aldo Ceccato, Gianluigi Gelmetti, Eliahu Inba l, Charles Mackerras, Zubin Mehta, Riccardo Muti, Georges Prêtre, Esa-Pekka Salonen, Wolfgang Sawa llisch, Thomas Schippers, Hubert Soudant, Pinchas Steinberg , Christian Thielemann.

He is frequently invited to countries such as Australia, Russia, Britain, China, Argentina and has been a guest at the international festivals in Lucerne, Vienna, Prague, Berlin and Pesaro (Rossini Opera Festival). In the 1990s he was at the side of Salvatore Accardo and Rocco Filippini as ideal partners to tackle masterpieces of chamber music. Notable achievements include the performance of all the concertos of Beethoven and Mozart, and the complete piano music of Brahms. In recent years, Michele Campanella’s activity as conductor – soloist with the most prestigious Italian orchestras, such as the Orchestra dell’Accademia Nazionale di Santa Cecilia, ORT- Orchestra della Toscana, Orchestra da Camera di Padova e del Veneto, I Virtuosi Italiani, and the Haydn Orchestra of Bolzano and Trento, has greatly developed. Notable repertoire: Ravel, Fauré, Poulenc, Franck, Saint-Saëns, Schumann, Weber, Liszt, as well as Mozart and Beethoven.

He is passionate about teaching: he held the chair of piano at the Accademia Chigiana in Siena from 1986 to 2010, and for eight years he taught master classes in Ravello. He directs the Vincenzo Vitale Center for Piano Studies at the European Academy of Music and Performing Arts, at the Suor Orsola Benincasa University in Naples . He is a recipient of the prestigious awards of the “Premio Napoli Foundation” and the “Guido and Roberto Cortese Foundation.” He has been a member of the Accademia di Santa Cecilia since 1983, the Accademia Filarmonica Roma na, and the Accademia Cherubini in Florence. He was for nine years artistic director of three concer tistic seasons born within the Universities of Naples, Benevento and Catanzaro. For four seasons he has been artistic director of the Maggio della Musica in Naples. Since 2008 he has been president of the Liszt Society, the Italian chapter of the American Liszt Society.

In 2011, the year in which the bicentenary of Franz Liszt’s birth was celebrated worldwide, Campanella devoted his entire activity as pianist and conductor to the Hungarian composer, whom he had studied and loved since the age of fourteen, engaging in a long series of solo concerts in Italy and abroad: in particular in Piacenza Cremona, Udine, Parma and in Ravenna as part of the famous Festival, with the Orchestra Luigi Cherubini with the performance, in a so la serata, as soloist and conductor, of all Liszt’s music for piano and orchestra. Highlights abroad included concerts in Buenos Aires,at Tokyo’s Suntory Hall and three performances together with Riccardo Muti in Chicago, for the culmination of Liszt’s celebrations with a performance, with the Chicago Symphony Orchestra, of the First Piano Concerto. In addition, in collaboration with the Accademia Nazionale di Santa Cecilia and the Accademia Musicale Chigiana, Campanella created and conducted in 2011 at the Parco della Musica in Rome a series of Mar