As a solo concert artist, Steven Isserlis regularly plays with the world’s leading orchestras and conductors, including the Berlin Philharmonic, the Washington National Symphony Orchestra, the London Philharmonic and the Zurich Tonhalle Orchestra. He gives recitals every season in major music centers and plays with many of the world’s leading chamber orchestras, including the Australian Chamber Orchestra, Mahler Chamber Orchestra, Norwegian Chamber Orchestra, Scottish Chamber Orchestra, Zurich Chamber Orchestra and St. Paul Chamber Orchestra, as well as with baroque ensembles such as the Philarmonia Baroque Orchestra. Recent highlights of his career include performances with the Gewandhausorchester in Leipzig, the Wiener Philarmoniker at the Mozartwoche in Salzburg; the American premiere of Thomas Adès’ Lieux retrouvés with the Los Angeles Philharmonic, after the world and British premières in Lucerne and the BBC Proms, and a further performance of the piece in Amsterdam with the Britten Sinfonia, conducted by the composer; The Prokofiev Cello Concerto op. 58 with the London Philharmonic Orchestra conducted by Vladimir Jurowski, in London and at the Dresden Music Festival; and Haydn’s Concerto in C major with the Orchestra of the Age of Enlightenment conducted by Adam Fischer. As a chamber musician, he has curated reviews for many of the world’s most famous festivals and venues, including Wigmore Hall, 92nd St Y in New York and the Salzburg Festival. For these concerts Steven Isserlis is joined by a regular group of friends which includes violinists Joshua Bell, Isabelle Faust, Pamela Frank and Janine Jansen, violist Tabea Zimmermann and pianists Jeremy Denk, Stephen Hough, Alexander Melnikov, Olli Mustonen, Connie Shih, and Dénes Varjon. As an educator Steven Isserlis gives frequent masterclasses all over the world and he has been artistic director of the International Musicians’ Seminar at Prussia Cove in Cornwall since 1997. Recipient of numerous awards, Steven Isserlis received the Commander of the Most Excellent Order of the British Empire, in recognition of his services to music, the Schumann Prize of the city of Zwickau and the Piatigorsky Prize in the United States. He is also one of only two living cellists in the Gramophone’s Hall of Fame. In 2017 he was awarded the Glashütte Original Music Festival Award in Dresden, the Wigmore Hall Gold Medal and the Walter Willson Cobbett Medal for Services to Chamber Music. He gives most of his concerts on the 1726 Stradivarius Marquis de Corberon (Nelsova), kindly loaned to him by the Royal Academy of Music. 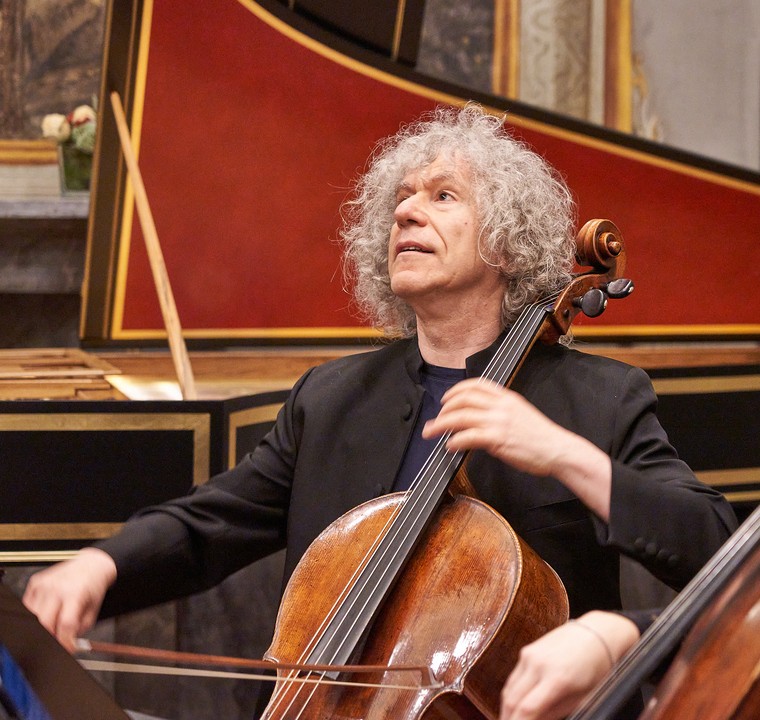 Following his extraordinary residency project together with the EUYO (European Union Youth Orchestra) in the 2021-22 academic year, cellist Steven Isserlis returns to Stauffer for an exclusive cello masterclass.

I love working with young musicians; for me it is not only a great pleasure but also a duty. I have been fortunate to have worked with great musicians in my life-such as Jane Cowan, Sandor Vegh, Ferenc Rados, Gyorgy Kurtag, for example-and I feel that it is important to pass on the values that I have learned from these wonderful teachers. So I am looking forward to working and playing with the young EUYO musicians in the beautiful city of Cremona in December. It will be great for my cello to come home, too! Translated with www.DeepL.com/Translator (free version)