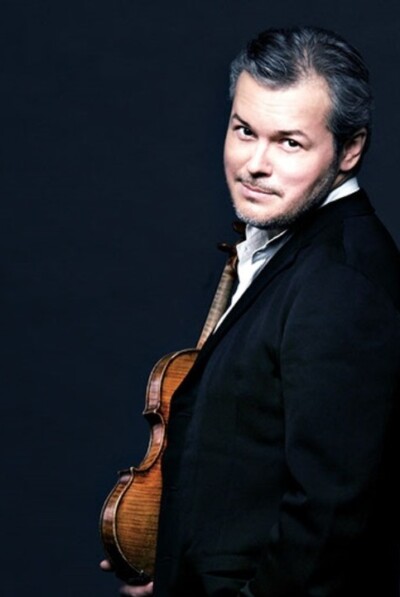 Vadim Repin was born in Siberia in 1971 and won all categories of the Wienawski competition at the age of eleven. His debuts in Moscow and St. Petersburg followed immediately, and at the age of 14 he made his debut in Tokyo, Munich, Berlin and Helsinki and one year later at Carnegie Hall in New York. At 17 he was the youngest ever winner of the Reine Elisabeth Concours. Since then he has performed with the world’s most important orchestras and conductors and in all the major music centres.

Vadim Repin recorded the great Russian violin concertos by Shostakovich, Prokofiev and Tchaikovsky for Warner Classics. For Deutsche Grammophon he recorded the Beethoven Violin Concerto and the Kreutzer Sonata with Martha Argerich with the Vienna Philharmonic and Riccardo Muti, and the Brahms Violin Concerto and Double Concerto (with Truls Mørk, cello) with the Gewandhaus Orchestra and Riccardo Chailly. DG’s trios of Tchaikovsky and Rachmaninov with Mischa Maisky and Lang Lang won the Echo Prize, and a CD of sonatas by Grieg, Janacek and César Franck with Nikolai Lugansky won the BBC Music Award. In 2010 he was awarded the highest French distinction, the Victoire d’Honneur and the title of Chevalier de l’Ordre des Arts et Lettres for his services to music. In Beijing he was appointed Honorary Professor of the Central Conservatory of Music in 2014 and in 2015 the Shanghai Conservatory also awarded him this title.

In April 2014 he became founder and Artistic Director of the first Transsiberian Arts Festival in the magnificent new concert hall of Novosibirsk and performed world premieres of the violin concertos dedicated to him, “Voices of Violin” by Benjamin Yussupov, “De Profundis” by Lera Auerbach and in 2018 the violin concert “Dialogue: You and I” by Sofia Gubaidulina, also commissioned by and dedicated to him. The festival was enthusiastically received, taking place for the sixth time this year in October and November, involving venues in Russia, Japan, Israel, Vienna, the USA and France in addition to Novosibirsk and Siberian destinations, and also setting priorities for young musicians – music education plays an important role in Vadim Repin’s life. Last season he gave a series of master classes for young violinists at the Mozarteum University in Salzburg, and was a juror at the Donatella Flick Conducting Competition in London and the Concours Reine Elisabeth in Brussels.

On a European tour with the Borusan Istanbul Philharmonic Orchestra, he played the world première and numerous first performances of the double concerto “Shadow Walker” by Mark-Anthony Turnage, together with Daniel Hope. Other recent highlights are performances of the programme “Pas de Deux” together with the internationally renowned ballerina Svetlana Zakharova in Hong Kong, Muscat, Japan and Korea, concerts at the Enescu Festival Bucharest, in Verbier and at the Montreal Festival, with the RAI Torino Orchestra, performances of the new violin concerto by Sofia Gubaidulina in Vienna with the RSO under Andres Mustonen and in Leipzig with the Gewandhaus Orchestra under Andris Nelsons, and most recently the première of Arvo Pärt’s revised version of “La Sindone” to which the composer, marking his 85 th year, added a solo violin part with Vadim Repin in mind. 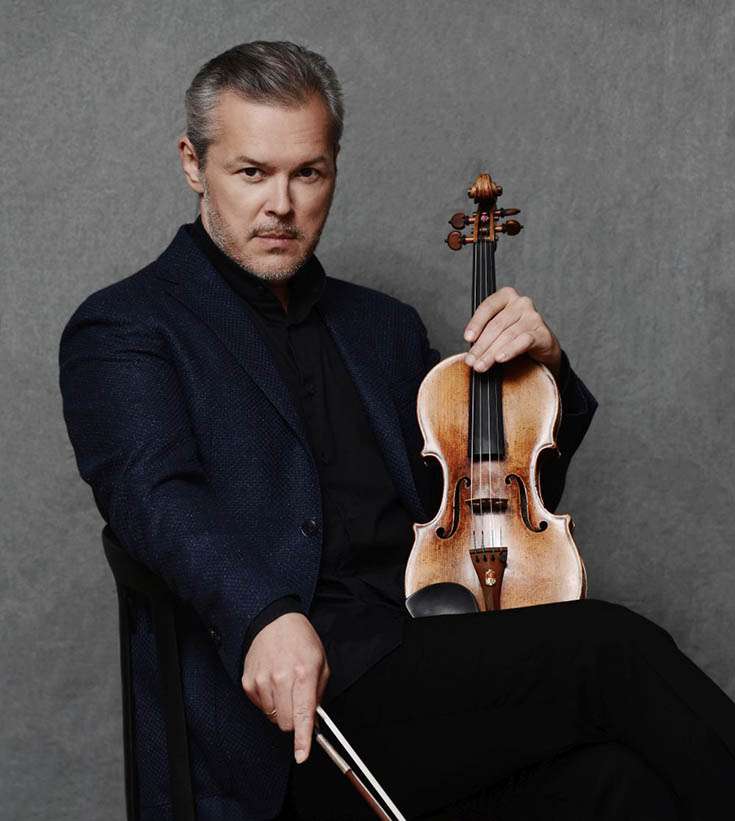 Vadim Repin, one of the most renowned violinists on the international scene, will conduct an exclusive masterclass open to talented young violists.