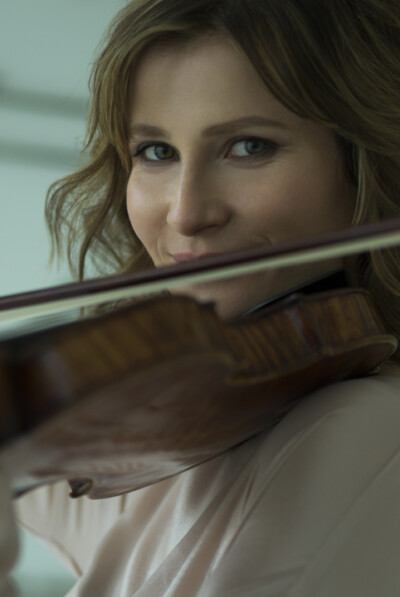 Lisa Batiashvili, Musical America’s 2015 Instrumentalist of the Year, is praised by audiences and fellow musicians for her virtuosity and “profound sensitivity” (Financial Times). She has developed long-standing relationships with some of the world’s leading orchestras, including the New York Philharmonic, Staatskapelle Berlin, Berliner Philharmoniker, Tonhalle-Orchester Zürich, Chamber Orchestra of Europe, and London Symphony Orchestra.
In the 2017/18 season Lisa performed the UK premiere of Anders Hillborg’s Violin Concerto No.2 with the BBC Symphony Orchestra. As part of her residency with Accademia Nazionale di Santa Cecilia, she performed Tchaikovsky and Prokofiev Concertos, as well as Bach’s Concerto for Violin and Oboe. Other performance highlights include the Orchestre Philharmonique de Radio France, Munich Philharmonic and Sydney Symphony. Lisa has been Artist-in-Residence with the Royal Concertgebouw Orchestra as well as Portrait Artist of the Bamberger Symphoniker.
Recording exclusively for Deutsche Grammophon, Lisa’s recording of the Tchaikovsky and Sibelius Violin Concertos with Daniel Barenboim and Staatskapelle Berlin received international critical acclaim. Earlier recordings include the Brahms Violin Concerto with Staatskapelle Dresden and Christian Thielemann, and Shostakovich’s Violin Concerto No.1 with Symphonieorchester des Bayerischen Rundfunks and Esa-Pekka Salonen. Batiashvili has been awarded two ECHO Klassik awards, the MIDEM Classical Award, the Choc de l’Année, the Accademia Musicale Chigiana International Prize, the Schleswig-Holstein Music Festival’s Leonard Bernstein Award and the Beethoven-Ring. Lisa plays a Joseph Guarneri “del Gesu” from 1739, generously loaned by a private collector.